In September 2017 I was tasked with filming a piece for The One Show featuring the waterfalls of Yorkshire Dales and the wildlife surrounding them.   The main species residing in these rugged river valleys is the Dipper, our only aquatic songbird. I spent many days  in the field capturing this  enigmatic bird and the dramatic landscape it inhabits,  the final film TX'ed in  March 2018.

The Yorkshire Dales national park is best know for its rolling moorland and spectacular valley vistas, but look a little closer and there's more than meets the eye. Streams twist through dark woodland, tumbling over limestone boulders between mossy crags, this is the realm of the Dipper, Yorkshire's true star.

Often overlooked this small brown bird moves in harmony with its chaotic environment, twisting and turning below the surface chasing its prey in these peaty waters. The White-throated dipper  is Europe's only member of the dipper family, one of five globally. Although widespread throughout Eurasia this fantastic bird is sensitive to water acidification and pollution, threatening it in much of its range.

So next time you pass by an upland stream spare a thought for the dipper, our least celebrated natural wonder. 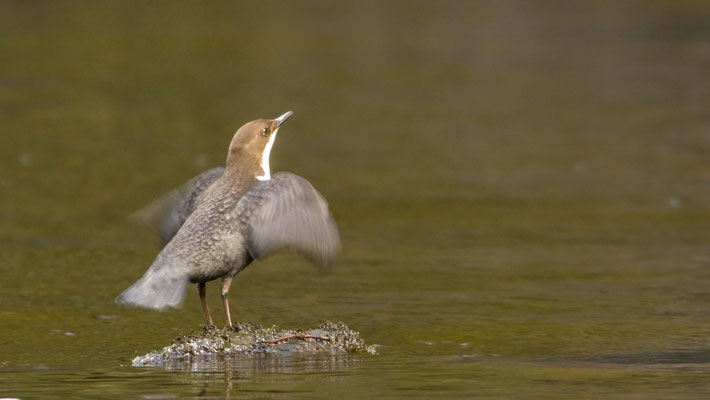 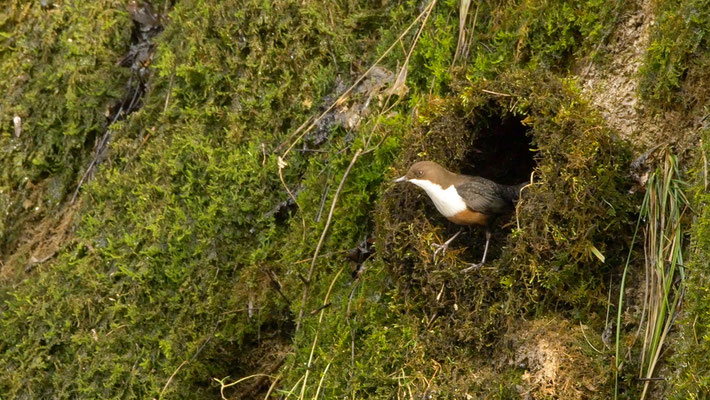 The White-throated dipper (or simply "Dipper" in the UK) is an aquatic songbird  found throughout Europe and Asia.

It is closely associated with upland rivers and streams or the lakes into which these  run.

It often perches, bobbing  erratically  with its short tail uplifted on the rocks bordering these streams. It acquired its name from this dipping behaviour, not from its diving habit, though it dives as well as walks into the water.

Dippers have solid bones to increase their density and aid their ability to  stay submerged, however the the most part they 'fly' underwater, using their wings as propulsion to allow them to dive and feed on invertebrates found on the river bed.

During breeding season Dippers construct domed nests made of moss and vegetation, these are situated on rocky river-cliffs or behind waterfalls, areas inaccessible to land-based predators.  They may raise two broods per year  with good conditions and an ample food supply, however they are fiercely territorial birds and will chase their chicks away  some days after fledging.

The UK population of Dippers is focused on upland streams in the north of England and Scotland, however they are also present at lower elevations in the southwest of England. Dippers are relatively numerous in favourable habitats, however stream acidification  may pose a problem in future, particularly in upland river-basins where  the land is extensively drained for shooting and farming. 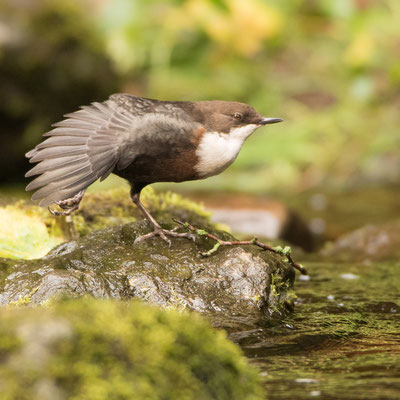 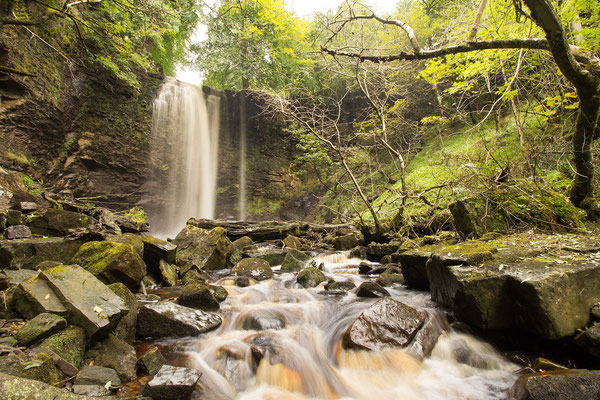 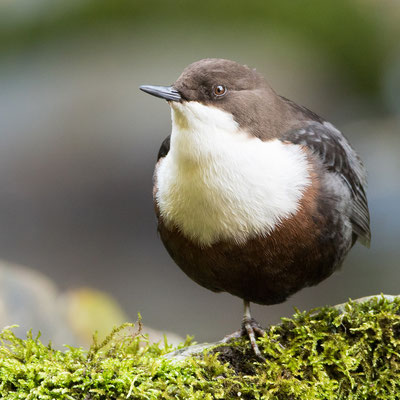