During Spring 2018 I was lucky enough to  follow the dramatic story of the Eider duck breeding cycle for  BBC Springwatch.  I shot this material for 2  short films,  following the story of the  Eiders  over the course of the show.

Featured above is a 2-minute snippet from that film.


Set  in the Firth of Forth, the Isle of May National Nature Reserve is one of the largest Eider breeding colonies in the UK.  A bumper breeding season saw 1,183 females nest on the island, raising broods of ducklings against all the odds.

During the course of the breeding season I captured the elaborate courtship displays of the drake Eiders, attempting to impress the females, through nesting and chick care to the point where the ducks left the island. It was a very emotional sequence to film, these ducks really face an uphill struggle to breed alongside the large gull colonies of the island. Egg predation before the females got the chance to incubate was commonplace and the plight of the vulnerable ducklings on their way to the sea was clear to see in the film!

I feel very lucky to have spent time with  a species so often over-looked at seabird colonies, but with one of the most dramatic stories of all!


I have to say a massive thank you to  all of the  Springwatch team for putting the film together, I'm really grateful to have worked with such a great team once again and got the chance to show off one of Britain's most underrated sea ducks!

If you would like to follow the fortunes of this fantastic species further check out the Isle of May blog: 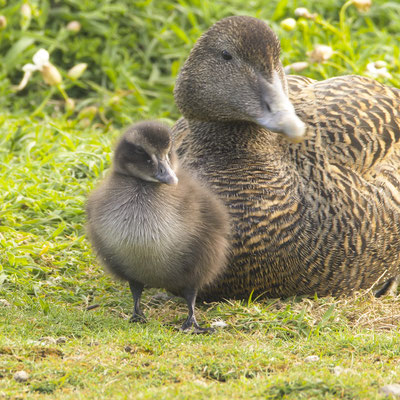 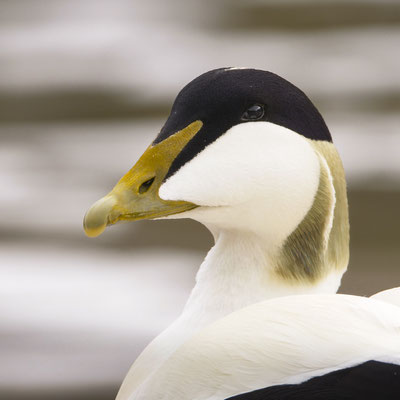 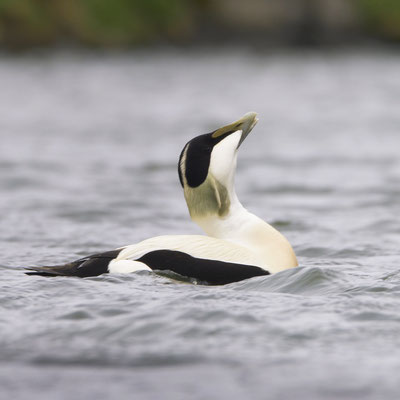 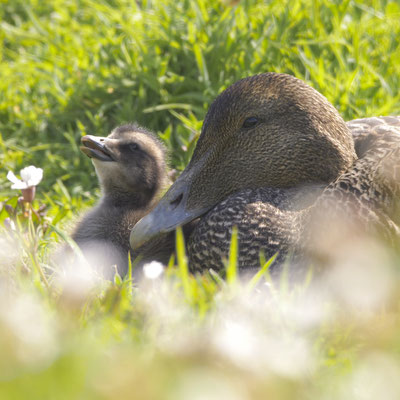 The  Common eider is a  large sea duck, found around   the northern coasts of  Europe,  North America  and eastern  Siberia.   It is a resident around the shores of the northern half of the UK throughout the year. During summer Eiders breed on remote islands and peninsulas, whereas in winter  they are found in large flocks offshore.

Eiders are the UK's heaviest duck, weighing up to 3kg. They are also one of the  fastest birds in level flight, easily hitting up to 70kmph. Eider ducks were the first species in the world ever to be protected,  under  the decree of St. Cuthbert in 676, hence their colloquial name "Cuddy's ducks" in Northumberland.

Male Eiders are known for their striking plumage and elaborate "cooing" courtship displays during spring. The females are altogether more subtly    marked with beautiful brown and orange hues.  They nest on the ground , lining natural depressions with thick down,  the females laying 4-6 eggs and  incubate for a whole month, the males are absent during this period. After hatching the ducklings are led to the sea  and away from predators, they are very vulnerable on land.   Gulls are the main threat to birds in the UK, but in Arctic regions mammals such as Arctic fox pose the greatest danger! 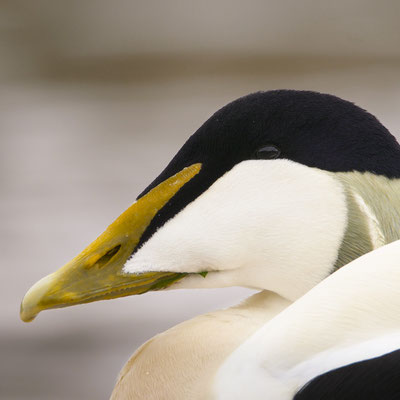 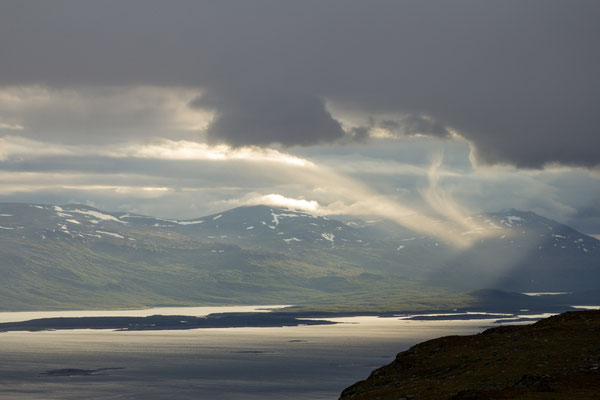 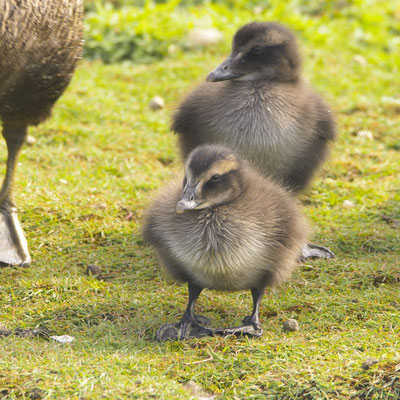