During Winter  2017/18 I was lucky enough to spend many days crawling around the beaches of the UK's east coast on the hunt for one of our smallest winter visitors, the Sanderling.  Despite being small in stature these enigmatic waders are big  in character!
Set along the  Fife coast of Scotland, the Tentsmuir National Nature Reserve is one of the best spots to see these tiny white "peeps" in their sandy element. Rushing along the tideline in search of invertebrates, the Sanderling  monopolises the area between the breakers, running from harms way at the last second!
I shot this material for a 5 minute feature on BBC Winterwatch,  following the story of the Sanderling from tide-to-tide. Above is a 1-minute snippet from that film.
I'm incredibly pleased to be able to say this film subsequently became Chris Packham's favourite film for Winterwatch 2018 and featured in his top 6 moments, you can find that piece here!

"The Sanderlings film as shot by Sam Oakes featured stunning footage of these wonderful birds on the shoreline. A charming and considered film." - Chris Packham


I have to say a massive thank you to  all of the Winterwatch team for putting the film together, I'm really grateful to have worked with such a great team! 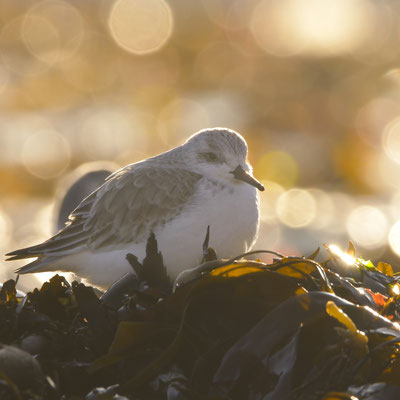 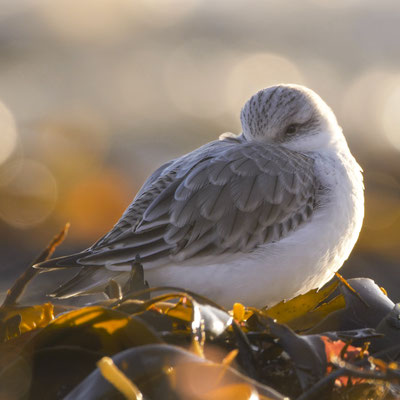 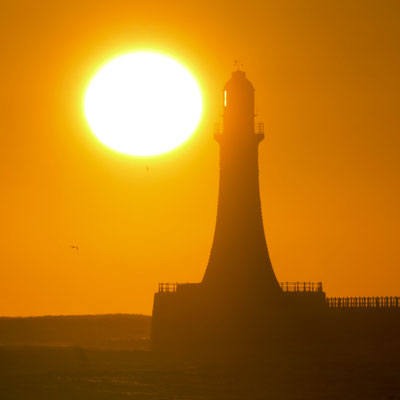 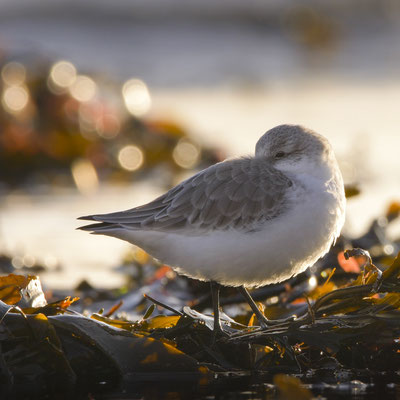 The Sanderling is a small wading bird  of the 'Sandpiper' family. This dainty  wader  breeds in the high Arctic,  but has a global distribution on passage and during winter.  It is a regular visitor to UK shores from September to  April, found on sandy beaches feeding between the surf.  During winter is is predominantly white with a dark wing-bar that aids identification in flight.

Sanderling    are known for their unusual feeding technique, running into the shallows between breaking waves and feeding on rising invertebrates, retreating before the following wave breaks.   They lack a hind toe, aiding their ability to run quickly across the sand and  escape the breaking waves following them up the beach!  Sanderling have monopolised this feeding area  throughout much of their range, however they share high-tide roosting locations with other members of the wader family for protection.

Come Spring  the Sanderling gain a speckled brown head plumage and migrate to the high arctic to breed on open tundra.  Despite their tiny size and delicate appearance they may migrate as far as 20,000km annually, this is a tough little bird! 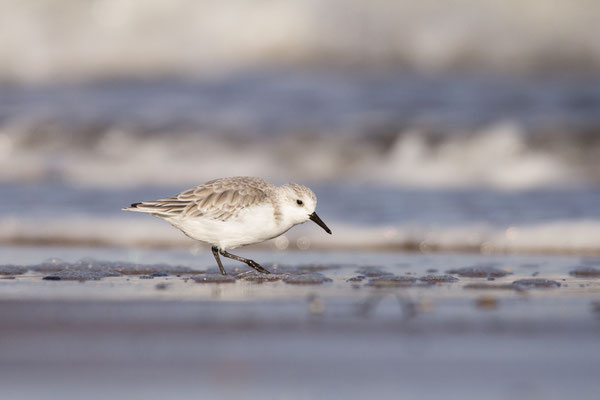 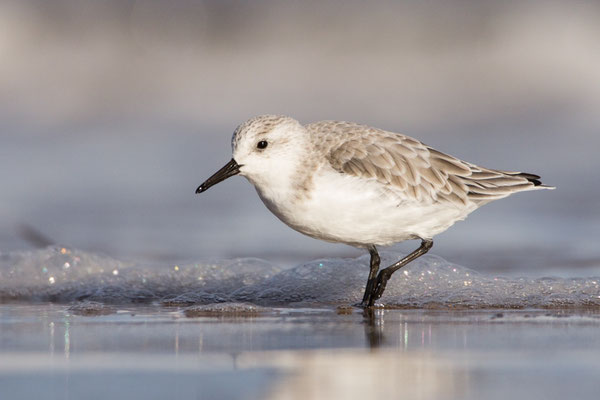 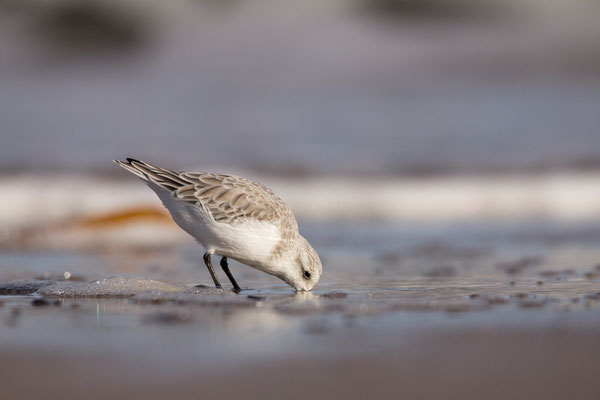