Several of my shots of the local Yorkshire population of Red squirrels made it into the BBC Natural World programme "The Super Squirrels". Featured above is the trailer, including several of my shots.

The red squirrel is the UK's only native squirrel, a small and dainty mammal know for its tufty winter coat and excitable nature. These red squirrels are under huge pressure however, following the introduction of an American  grey squirrel species in the 1870s these native reds have been pushed to the fringes of the UK.

Whilst still abundant in Scotland the red squirrel is in dire straits within England, as few as 20,000 may be left south of the border. Northern England represents a front line in the fight against greys, holding some of England's last major populations of reds in isolated populations spread around the region, one such stronghold is found in the Yorkshire Dales National Park. Through grey squirrel control and careful woodland management within these strongholds the red squirrel is being given a fighting chance, securing the population into the future.

The fight-back couldn't be conducted without public engagement however, by reporting grey squirrel sightings and sick red squirrels within stronghold areas the future of our native squirrel may look more promising.

If you would like to find out more about helping red squirrels in your area the following links are great sources of information: 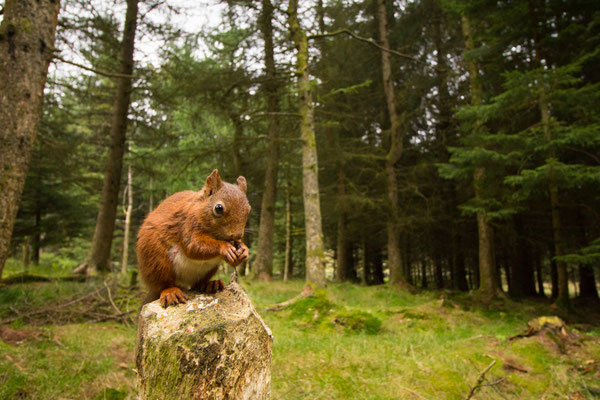 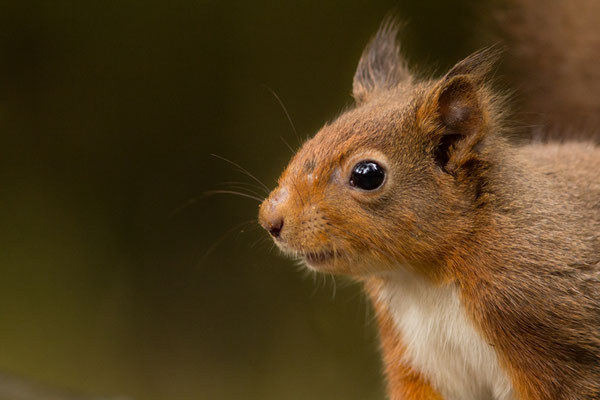 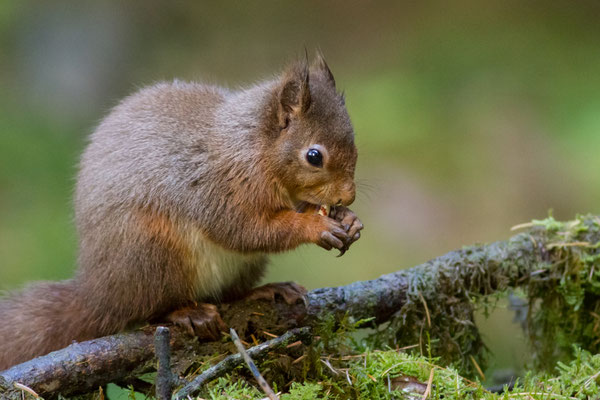 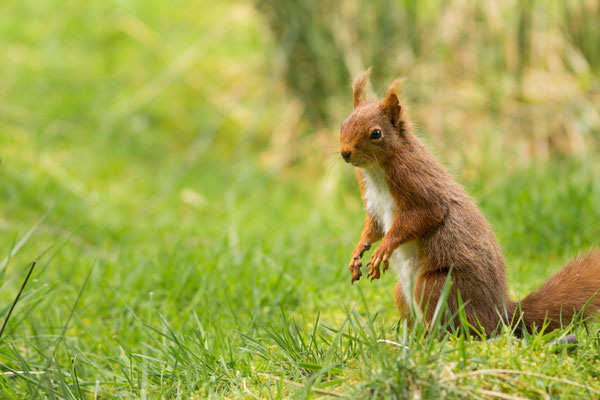 The Red squirrel is  a  tree-squirrel widely distributed across northern Eurasia,  occupying coniferous boreal forest  in the north and broadleaf woodland further south.

It is the UK's only native squirrel,   now found largely in northern England & Scotland  due to range loss caused by the invasive  grey squirrel (Sciurus carolinensis).

Red squirrels   typically eat seeds, nuts and berries as sustenance.  Excess food is placed in caches, these are returned to during leaner  periods   to alleviate food shortages.

During winter Red squirrels combat the cold conditions found in much of their range with a thick furry coat, teamed with noticeably large ear tufts.  Their summer coat is thinner and often a more vibrant hue,  they are unmistakably red at this time of year.

Breeding takes  place in early Spring and again in early  Summer, making two broods possible in good conditions. Young are raised in   a  "drey", a nest-like structure built from sticks and moss in the fork of a tree. Outside of the breeding season these dreys may be used as communal roosts to keep warm. 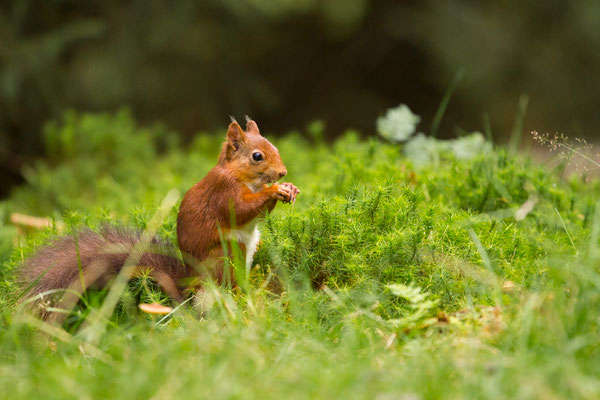 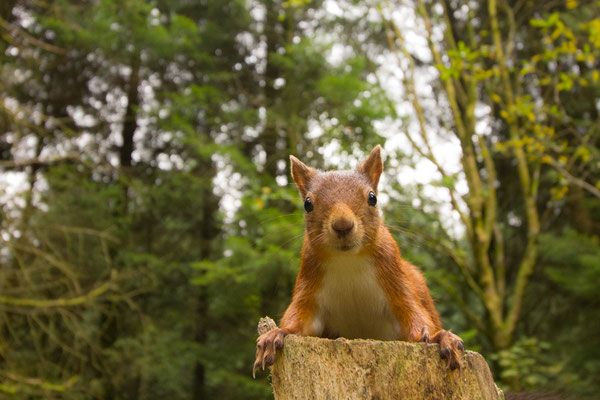 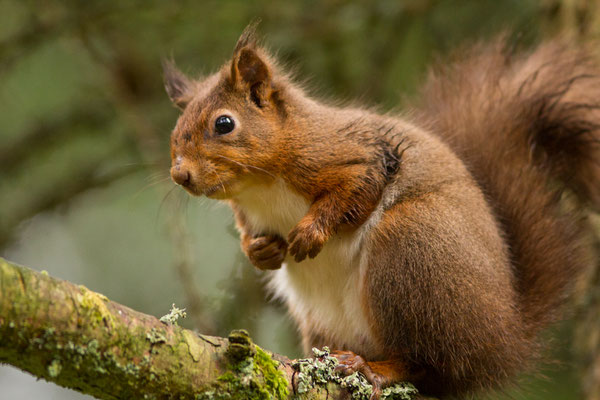