In Spring 2017 I was contacted by Plimsoll Productions and asked to be involved in a  UK-based blue-chip wildlife series for Channel 5, featuring some of Britain's most exciting species spread across 8 x 1 hour programmes. I obviously jumped at the chance to be involved with such a fantastic project and  showcase some of  my local creatures on the  big screen!

I was tasked with filming 7 wildlife sequences over the course of 3-months, featuring stories on my local patch and a few further afield.

These sequences  were as follows:

The  project was headed up by Bill Markham  as   series producer    and  it was a pleasure to  be able to work under such a seasoned pro when it comes to UK wildlife! Alongside Bill were a fantastic team of producers guiding my stories from start to finish. Despite facing the   mammoth  task of 90 individual sequences;  Joe Tuck, Laura Humphreys, Mitch Turnbull  and Kate Laurie all gave   fantastic    guidance, direction and attention to detail   at every turn. All overseen by  the wonderful production management of Stef Braeuer of course!

It was a genuine pleasure to work with such a passionate production team, giving UK wildlife the airtime it deserves!

Filming the Little owls for the 'Countryside'  episode of Wild Britain was a truly local experience for me.   I’m lucky enough to have a breeding pair of these owls visible from my garden, so location choice was not an issue!

This pair of owls had chosen to nest in a burrow at the base of a large sycamore tree, using a neighbouring gate as a perch to enter and exit the burrow.

As is typical with any wildlife story, the addition of a young chick added to the excitement and anticipation when waiting in the hide for sightings.

The pair of owls were regular companions throughout the long summer evenings as I sat in their field, however the chick was nowhere to be seen and the fledging date came and went! A looming trip to the Isle of May was approaching and time was running out for the chick to emerge from the burrow and claim its 10-minutes of fame on camera!

Luckily as seems to be the way with wildlife it arrived on cue on the last day of filming, first poking its head out of the burrow entrance to assess the surroundings, before boldly stepping out to explore this unfamiliar world. It was genuinely special to witness these first moments of the chicks adventures in the big wide world, maybe one day our paths will cross again in the wild countryside of County Durham! 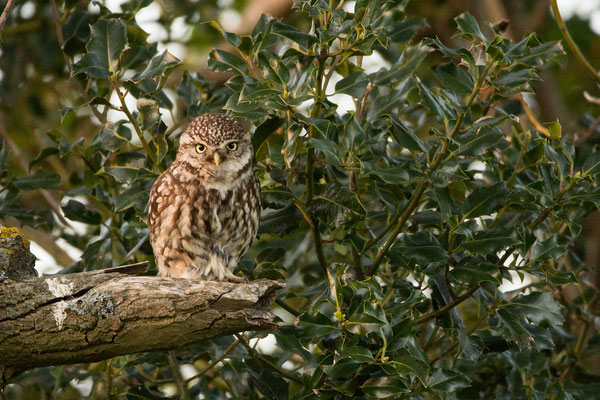 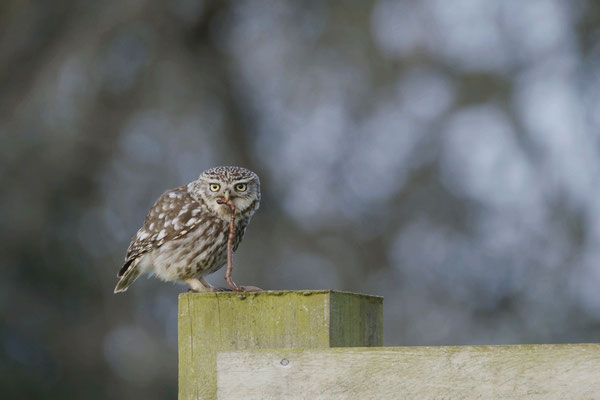 Black grouse are a relatively rare species in the UK,  with only  1000 males living outside of Scotland (20% of the pop). A large proportion of that English population does however reside in the North Pennines,  my local patch!

This local abundance of an incredibly enigmatic upland bird was not an opportunity to be missed  when filming a series on UK wildlife.  I filmed these grouse  for the 'mountains' episode of the series and they offered a lovely contrast to the more rugged Ptarmigan and familiar Red grouse also featured in the episode, Grouse really are a thrilling family of birds!

Black grouse gather at traditional "lek" sites at dawn  from late-Winter into early Summer, arriving under the cover of darkness the  males beginning their bubbling and hissing calls to attract the attention of the females. Viscious fights ensue as they battle to become  'king of the lek' and  gain the right to mate.

Filming the lek is a magical experience, a true sensory overload! When filming a lek  you must sleep in your hide or arrive  hours before dawn, in order to avoid disturbance to these vulnerable birds. The long cold nights are certainly worth the wait as the sun rises over the horizon to reveal  these thrilling birds battling for supremacy.

I'm incredibly grateful to the landowner and gamekeepers that allowed me to spend so many mornings on their patch filming with the Black grouse, they have put a lot of work into conserving moorland-fringe habitats for these birds and it's really paying  dividends! 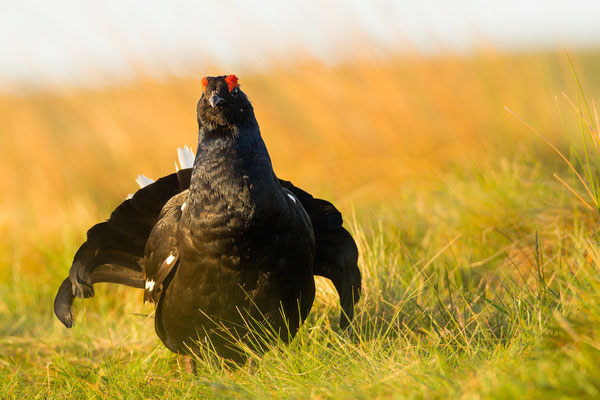 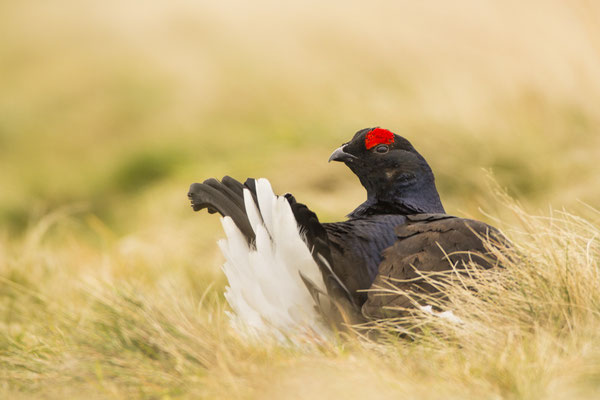 I filmed the Dipper on my local river for the 'Rivers' episode of Wild Britain.  It was an incredibly enjoyable experience spending time with a breeding pair as they foraged and fed their chicks throughout May.

The highlight of this story came when I got to experience two separate broods fledging. The juvenile Dippers were very forgiving and allowed for some lovely close views as they explored their new world outside the nest.

A resident stoat was an ever-present threat for these Dippers, however they quickly learnt to   evade capture and use low-hanging tree branches to roost in overnight - an incredibly rare behaviour that is seldom witnessed in Dipper species.

You can read more about this tree roosting behaviour exhibited by American dippers here. 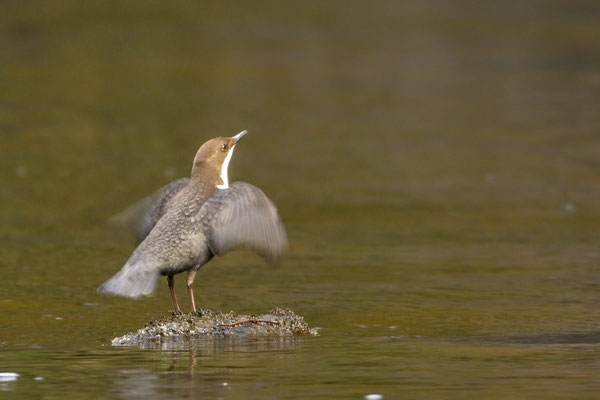 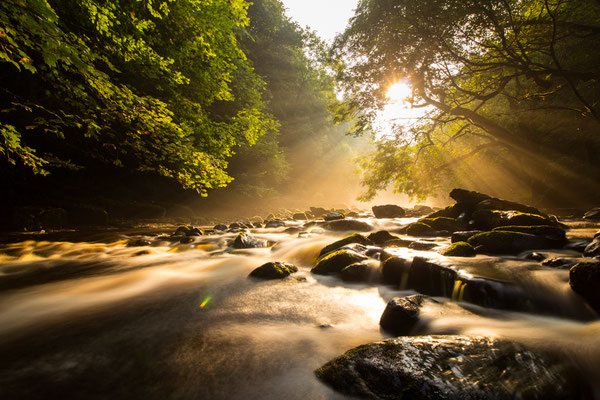 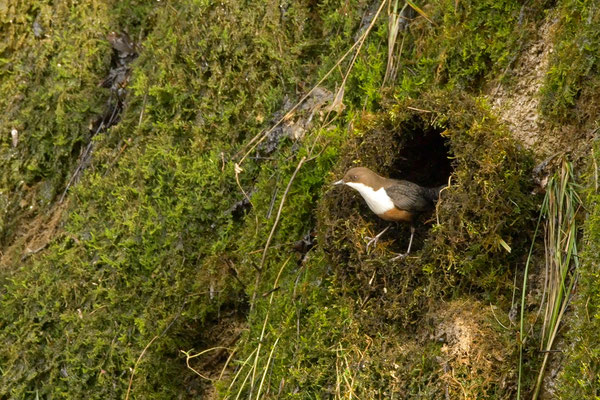 Red grouse are by far  the most abundant of the UK's grouse species.   Although a wild free-ranging native of the UK, Red  grouse are also bred for shooting with numbers enhanced on moorland around the country above their typical wild population numbers.

Grouse shooting  is a controversial topic,  with many critics of the management practices employed to bolster grouse numbers,  however in this series we focused on the story of the chicks and the challenges they face.

There is no denying that the Red grouse faces many of the same challenges and difficulties as the typically wild   Willow grouse  (of which the Red grouse is a subspecies) found throughout upland Europe. Rearing chicks is difficult for any wild bird and during the course of filming for this series we  followed the story of some caring parents shepherding their chicks around the exposed and treacherous moorland.

Weather conditions and separation are an ever present threat for the grouse chicks, but with a caring mother by their side they hopped through the heather and performed admirably for the series. 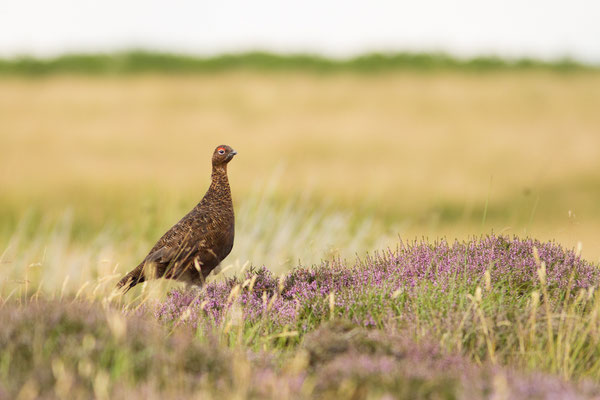 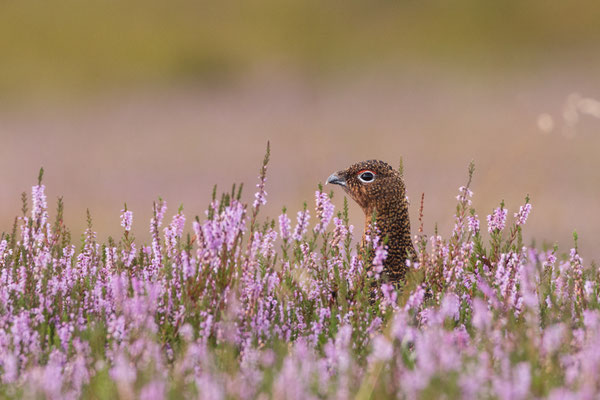 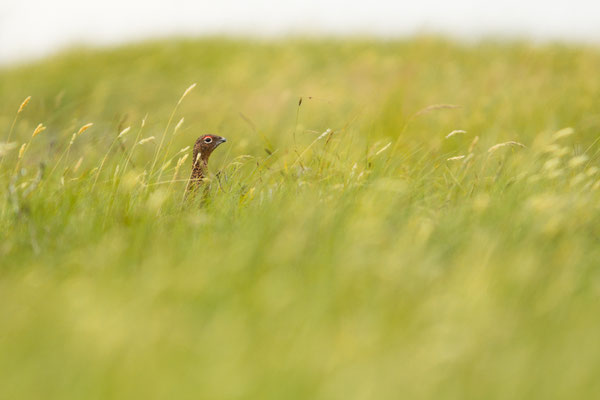